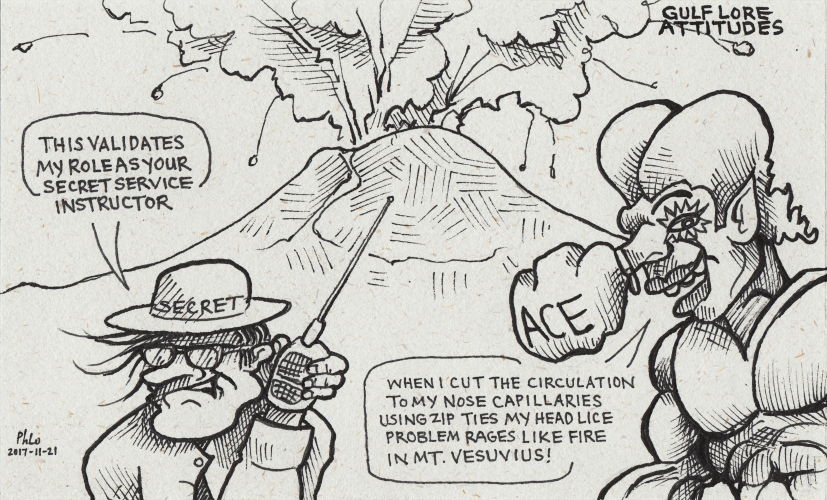 One might guess Stevie Wiltburrow (the guy who looks vaguely like Sergeant Slaughter) is a secret service operative wannabe rather than a true presidential defender. You got that right. He couldn't afford to buy a wireless earpiece to look more legit, so he carries around an old school walkie-talkie. His friend Mickelsburgh Dakoters doesn't have a walkie-talkie, so Stevie only pretends to use his while remaining in earshot.

Mickelsburgh regrets the "Ace" tattoo now that his nose has swelled up to epic proportions. For decades he has been plagued with abnormally itchy head lice. No matter the peril he refuses to remove his stylized peruke. The latest cure attempt is to cut off circulation in his nose with a zip tie. The strange tactic is not effective against the lice.

Both Stevie and Mickelsburgh are so invested in their scenarios that they fail to notice Mt. Vesuvius erupts close behind them. Will the giant eagles fly in to rescue these two like Hobbit chums Frodo and Sam? Probably not.