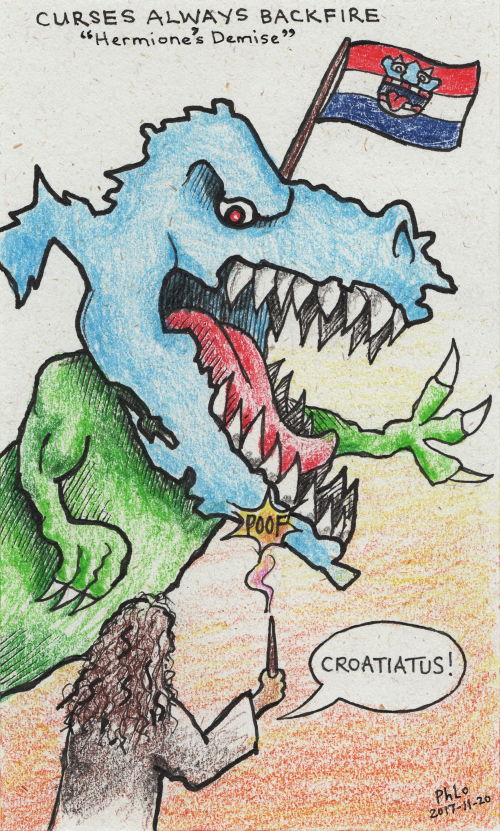 What goes around comes around.

He who digs a pit will fall into it, And he who rolls a stone, it will come back on him. Proverbs 26:27.

Everyone learned a great lesson from Ron when he tried to curse Malfoy and instead found himself eating slugs. 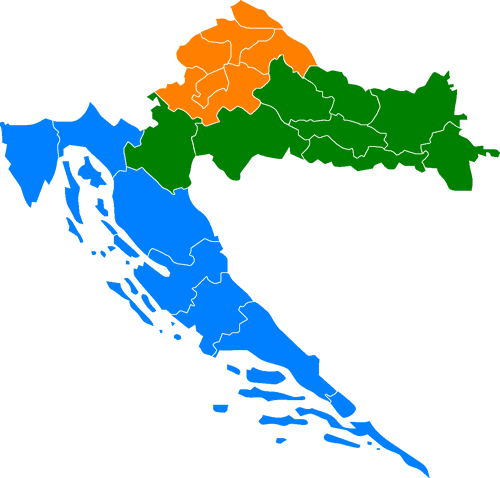 One day Hermione faced a perplexing dilemma. An enemy captured her closest friends and held them at wand point. In order to free them, Hermione was forced to perform the Cruciatus curse on an innocent bystander. The intention was to corrupt the good witch and turn her down a darker path of compromise.

Un-phased by the crisis, Hermione promptly fooled her enemies by mispronouncing the curse just slightly, temporarily transforming the victim into a monster with features resembling generic Croatian concepts. You know, the shape of the nation's border (except no islands because they just fall off due to gravity), the national flag with facial features, etc. Just as one would expect to see.

The enormous distraction was enough to set everyone off guard, and Hermione's friends were able to escape.

The subtitle Hermione's Demise of course is only for suspense. As in Lord of the Rings when Galadriel communicates to Elrond about Frodo's impending doom, "The quest will claim his life." At the time of her prediction those who heard fretted greatly. But then... Frodo didn't die after all, did he? Same kind of thing going on here.