first previous next last 7 of 15 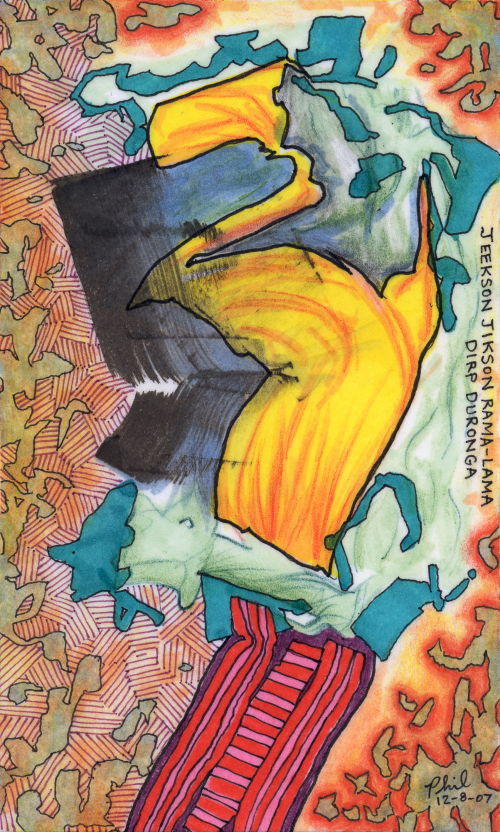 Dirp Duronga is my first experimentation combining two very complimentary media: COPIC markers and colored pencil. I discovered that on a bristol surface the two can be layered one over the other with little or no side effect. This method opened up potential for many future colored 3" x 5" drawings, whereas in the past I limited myself almost entirely to black and white renderings of this size. When viewed upright (as defined by the orientation seen here, not the written title) it looks like a type of animal/humanoid face, with energetic hair and collar. Such a resemblance is mostly coincidental, as I was drawing abstract shapes and patterns to test my new media combination. The parallel line patches that alternate in direction were inspired by the texture symbol for ground that I learned in architectural drawing many years ago. I always liked the perpendicular line patterns, though this one employs random angles.