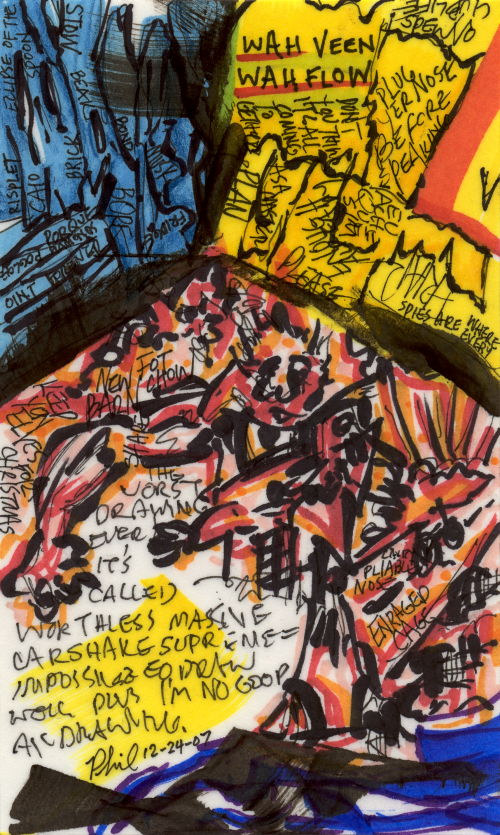 Wah Veen Wah Flow started out as a cartoon character drawing in pencil. I was on the road at the time, and it was a bumpy road. Frustrated at the horrible forms in my drawing, I started covering up the drawing with sloppy strokes that loosely followed the lines of the drawing. Eventually I added all sorts of additional lines until the paper was filled. To add further detail and mystique, I wrote in random words and phrases. All of this was guided by the bumps in the road.