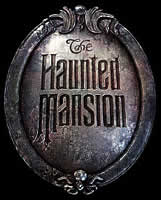 I go right down the middle with this Disney theme park attraction gone Hollywood, starring Eddie Murphy. I don't think it was a great movie, but I also would not give it the worst possible review. I half-enjoyed seeing Eddie Murphy in a role where I didn't have to close my eyes or plug my ears every time he comes on screen. His style of humor and acting is typically a bit more coarse than I can appreciate. Disney's Haunted Mansion was for the most part an exception to Murphy's pattern of vulgarity, though as Disney is becoming notorious for there were a few suggestive lines unfit for a young audience.

By the way, I guess it's about time I give a disclaimer in regards to my movie reviews: I am a follower of Christ, and I do desire that all I do is honoring to Him. I haven't become convinced to watch only movies that were released from well-known Christian studios. I am not a great fan of Hollywood and the clear moral corruption found there, but I feel free to enjoy a good movie, imperfect as it may be. Each person must make their own decision about movies.

I consider Esotropiart a family friendly web site, and I strive to maintain a fun and innocent, though meaningful and inspiring environment. On the other hand, it is not my goal to personally legislate an extremely strict morality. I do not take the time to detail out every indication of violence, bad language or sexual innuendo in every movie mentioned on this site. There are people who have full-time jobs doing this sort of thing, and I simply don't have this luxury. Please, if you are a worrisome parent who is looking to find out which movies to let your children watch, I advise you to seek a web site whose purpose matches your level of concern. I have set limits for myself as an adult and know when to stop watching a movie that oversteps my boundaries. Each person has their own boundaries which may be stricter or looser than mine. Feel free to email me with questions about the details of a movie I talk about in my blog. I'll do my best to recollect the content of the film and answer your questions, though I must admit I have a pretty horrible memory. For a movie review that breaks down all occurrences of questionable content, please visit Focus on the Family's movie review site, www.pluggedinonline.com. I highly recommend this site for those with a sensitive conscience concerning movie viewing. It's also a great place to hear an interesting spiritual perspective of mainstream hollywood films.

Typically my movie reviews focus on one characteristic of a film that fascinates me. There is no consistent pattern to how I write my reviews, and I don't impose a personal rating system. This is, after all, a platform for my own personal thoughts (much like a journal), rather than a professional daily review column. I don't write a blog entry for every movie I watch because some simply aren't interesting, and others have been so horrible that I don't want to dignify them with a review, good or bad. One such movie is Alexander, Director's Cut. Don't bother EVER watching that one! Yuck! Spew! (email me for details, if you are curious)

So, back to Haunted Mansion. Perhaps the most interesting aspect of this movie for me was its perspective on the afterlife. I am not fascinated with the myth that restless spirits or ghosts of deceased people wander the earth, and I don't see any evidence or support for such ideas. The whole idea, however, is very ingrained in virtually every society, and the portrayal of such things does not particularly offend me. My focus and attention is more on the stereotypical eternal destination syndrome presented in the movie. Basically the premise of this and many other fictitious, secular scenarios is that man is essentially good. All people go to heaven by default, and hell is reserved for those who don't make good decisions in life, or for those who do something atrocious. The Bible teaches the contrary, that all people are essentially bad from birth due to a curse on all mankind as the direct result of disobedience against a holy and compassionate God and Creator (Romans 3:10-18, 5:12-21). Believe me, if our eternal destination depended solely on what we did, we'd all be in big trouble! Those who do not decide to follow Jesus and to receive His awesome, free gift of life are destined to this fate according to the Bible (Revelation 20:11-15).

Another common spiritual falsity was manifested near the end of the movie. It seems that Hollywood likes to present the idea that hell is Satan's dominion, where what he says goes. In Haunted Mansion, a horrible fire demon grabs the evil, murderous villain of the movie (an actor I can't help but associate with demonic roles) and pulls him through a vortex to hell, where he belongs (as payment for his immoral and hateful life). How interesting and convenient: the demons are kind enough to only pull in those who do evil. This fallacy makes Satan out to be a righteous judge, punishing the wicked. Only God has the power as righteous Judge to hand out punishment (Matthew 10:28). In reality, Satan wishes the worst for every man and woman, be they evil or righteous. If he had his way, all would die a horrible death, and their lives would be filled with constant pain and suffering (I Peter 5:8, Revelation 12:12). He wouldn't just grab the "bad guys", like this fire demon in Haunted Mansion and the shadowy creatures in Ghost did (with Patrick Swayze and Demi Moore), but he would grab everyone if the power was given him to do so. In addition, hell is no kingdom of Satan; he has no influence there. In fact, hell is the final destination of Satan and all his followers, as well as all those unfortunate human souls who don't call upon the name of the Lord to be saved (Romans 10:9-13, Matthew 13:40-43). There is no freedom or dominion in such a place, for it is a place of sorrow and eternal punishment (Matthew 25:31-46).

I don't want to be the bearer of bad news, so I'll end on a hopeful note, for Christianity is a message of good news to all mankind:

"For God so loved the world that he gave his one and only Son, that whoever believes in him shall not perish but have eternal life. For God did not send his Son into the world to condemn the world, but to save the world through him." (John 3:16,17 NIV)